We will pick you up at the airport in Munich. You will have a 3 hour walking tour through the historical city of Munich. With your experience guide you will see top landmarks and discover the stories behind great sights such as The Glockenspiel, The Hofbräuhaus, (the world’s most famous beer hall), Frauenkirche, Viktualienmarkt (famous outdoor market), and The Royal Residence. You also see the New and Old Town Hall, The National Theater, The Feldherrnhalle (Memorial to Bavarian Generals), St. Jakobsplatz and The Church of St. Peter. You will learn the real origins of Oktoberfest and the history of beer gardens of Germany. After a day of touring the city you will have dinner at the world famous Hofbräuhaus. Then, after dinner will be your free time to relax or go out for drinks at one of the local German pubs.

Trivia: Did you know in Germany?

After breakfast at your hotel; your first brewery tour of the day will be the Weihenstephan Brewery. The oldest existing brewery in the world which is nearly 1000 years old! About one thousand years ago it was the home of the Monastery Brewery of the Benedictine Monks, then as the Royal Bavarian State Brewery.

You will then take a short drive to Erding to tour the Erdinger Brewery. Considered the world's largest wheat beer brewery in which the beer is still brewed according to traditional recipes, but using state-of-the-art technology. Erdinger dates back to 1886, the year in which construction of a wheat beer brewery was first officially recorded. As one of Germany's largest privately owned breweries, Erdinger is ranks number 10 among Germany's best selling breweries. After the tour, you will enjoy dinner at the Erdinger Brewery Restaurant rated the #1 restaurant in Erding. You will then return to your hotel in Munich and the rest of the evening will be yours to relax.

Trivia: Monks brewing beer in the Middle Ages were allowed to drink five quarts of beer a day. In ancient times, monks who fasted or abstained from solid food substituted with beer.

After breakfast in Munich you will travel approximately 3 hours to the city of Bad Köstritz where you will take a tour of the Köstritzer Brewery. The brewery was founded in 1543 and it is one of the oldest producers of Schwarzbier (black lager) in Germany.

After the tour you will travel approximately 1 hour to the village of Niederwünsch. There you will check into your room at the WünschLandhof, one of the largest straw bale houses in Germany. There on the premises is the Wünsch Village oven where bread is made fresh. There is also a smokehouse and a shoemaker’s workshop to view. You will enjoy a campfire (weather permitting) dinner of fresh breads, grilled brats, grilled chicken & vegetables served with beer and wine.

Trivia: One of the most famous drinkers of Köstritzer Schwarzbier was the famous German writer Johann Wolfgang von Goethe, who sustained himself on black beer from Köstritz when he was unable to eat during a period of illness.

Children 5 and under / Free

*Based on Double Adult Occupancy

Children under the age of 12 are required to share a room with an accompanying adult. There is a maximum of 2 children with 2 adults.

The tour does NOT include:

We have handpicked our tours to give you the must see sites with a relaxed and enjoyable vacation. We understand that some people have different interest than others. We will try to accommodate special request such as a special tour, a historical site, a river cruise or just a special dinner. Please feel free to contact us.

You will enjoy breakfast at the Landhof with fresh baked breads, meats, jams, local honey. Then you will travel approximately 1.5 hours to the city of Wernigerode. Your tour will be at the Hasseröder Brewery located in the Harz Mountains. The brewery was founded in 1872 under the name "to grouse" in today's district of Wernigerode Hasserode. In GDR times, the beer was a popular regional beer and with the German reunification in 1990, the brewery began the ascent to the most consumed beer brand in East Germany. Beck is ranked number 4 among Germany's best selling breweries. Later in the day you will have dinner at a local German tavern. After dinner will be your free time to relax or go out for a casual walk in magical street of Wernigerode.

Trivia: Lager is a bottom fermented, lightly hoped beer originally brewed in Germany, lager is aged under refrigeration for 6 weeks to 6 months (lager is German for storehouse). Most lagers are fairly light in color, highly carbonated with a medium hop flavor. The original German lager was dark in color.

After breakfast in Wernigerode you will travel approximately 2 hours to the city of Bremen, home of the world famous Becks Beer! Founded in 1873, Becks is the world's best selling German beer, sold in nearly 90 countries. Becks is known for its pilsner consisting of two row spring barley from the south of England, yeast, crystal water from the "Rotenburger Rinne" and Hallertau hops from southern Germany. ranks number 9 among Germany's best selling breweries.

After the Becks tour, you will travel approximately 1 hour to the city of Jever, where you will check into your hotel. Jever, which is located near the Germany north coast, is the home of Jever Brewery. Founded in 1848, Germany’s most modern brewery is situated in the center of Jever. The famous Pils is said to be the most bitter beer produced in Germany. Later in the day you will have dinner at a local German tavern. After dinner will be your free time to relax or go out for a beer at a local pub.

Trivia: Beck's was the first German beer company to use green bottles.

After breakfast, you will travel approximately 2 hours to the city of Hamburg. Your tour will be at the Holsten Brewery which was founded in 1879. The present-day Holsten brewery has a production capacity of 320 million litres. Its biggest-selling product is the premium brand Holsten Pilsener sold on the German market. The beer tour would not be complete without a visit to Haus der 131 Biere. Here you will have a choice of over 300 different beers from Germany and 60 other countries from around the world to choose from! After a day of touring the city you will have dinner in a local German restaurant. After dinner you will go relax and have a few drinks at Planten un Blomen, a beautiful park when in the summers it features a light, water and music show (weather permitting).

Trivia: Before thermometers were invented, brewers would dip a thumb into the mix to find the right temperature for adding yeast. Too cold and the yeast wouldn't grow; too hot and the yeast would die. This ancient practice is where we get the phrase 'rule of thumb'.

After breakfast at your hotel in Hamburg, we will be happy to take you to the airport for your departure or you can continue your vacation in Germany. 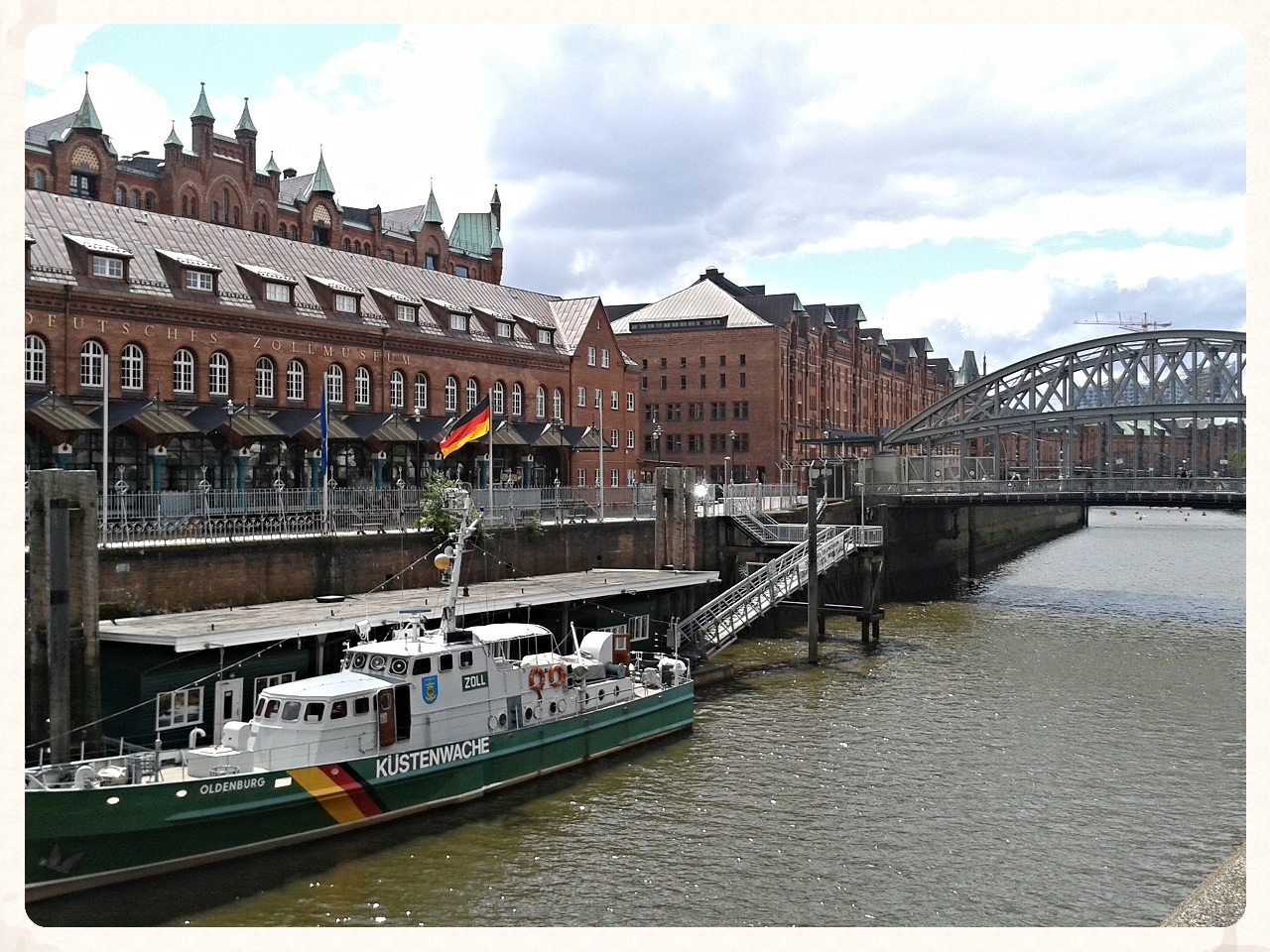